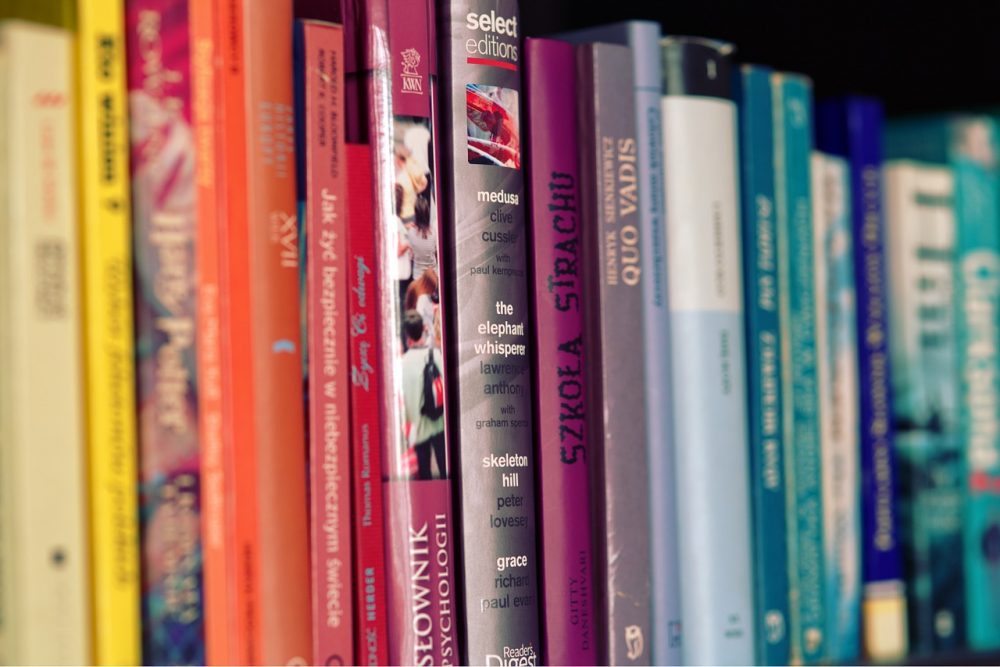 I recently started listening to Glory Edim’s anthology Well-Read Black Girl on Audible. The book derives its title from Edim’s book club, which spawned into an organization with national chapters and a festival that takes place in Brooklyn annually. For the book, she asked renowned, black women authors in all genres of literature to write essays based on the question: When was the first time you saw yourself in literature? Edim’s question made me think about what my own answer would be, so I decided to write about it.

Growing up, I didn’t have to consider my blackness much, mainly because my parents made sure that blackness was always all around me. The art in our home came from the National Black Arts Festival. Whenever a movie with a black cast came out, we went to see it. The Santa Claus and angel Christmas decorations in our home were black. Simply put, my parents were doing all black everything long before rappers started rhyming about it.

Most importantly, the books on our shelves were by black authors. I grew up seeing everything from Carter G. Woodson’s The Miseducation of the Negro to Alice Walker’s The Color Purple to Erick Jerome Dickey’s Milk in My Coffee on our shelves.

Then, there were my books. I grew up loving books and (at times) feeling more at home in my imagination than in life itself. My parents made sure that I had multiethnic representation on my bookshelves– so much so I didn’t notice it. My girlhood fantasies were built by books like: Aunt Martha & the Golden Coin by Anita Rodriguez, Saturday at the New You by Barbara E. Barber, Boundless Grace by Mary Hoffman, Aunt Flossie’s Hats (and Crabcakes Later) by Elizabeth Fitzgerald Howard, At The Crossroads by Rachel Isadora, and Abuela’s Weave by Omar S. Castaneda. As I got older and started reading chapter books, I had series such as The Cheetah Girls by Deborah Gregory and The Magic Attic Club by Sheri Cooper Sinykin. My childhood was filled with fierce, curious girls, some who looked like me and some who didn’t, all going on adventures in their everyday lives.

It wasn’t until high school, when the demands of AP classes made reading for leisure hard to achieve, that I noticed the lack of diversity in my reading. It was all Shakespeare, Hawthorne, Miller, and Faulkner– and not much else. So, whenever there was an opportunity to choose my own book to write about, I always chose a book by a woman of color. I chose The Color Purple and wrote my own letters to God, just like Celie. I chose A Piece of Mine by J. California Cooper and learned to laugh at the foibles of men and women through her short story “$100 and Nothing.” I chose The House on Mango Street by Sandra Cisneros and immediately identified with Esperanza’s restlessness and desire to be seen as more than brown and lacking. Cisneros is still one of my favorite authors and her vignette “Bums in the Attic” is one of the most beautiful things I’ve ever read.

However, it was Lorraine Hansberry’s A Raisin in the Sun that struck me and stuck me. I fell in love with theater long before it loved me back, and in my career as a theater critic the warmth of A Raisin in the Sun has carried me through many nights on the aisle where my history isn’t validated. Beneatha Younger, the ambitious little sister of the Younger family, is in many ways the consciousness of Hansberry’s drama. She is a college-aged girl who flutters between guitar lessons and horseback riding, aspires to become a doctor, and resists marrying anyone who thinks her ability to cook a meal is more important than the brains it takes to save a life. I love women who choose everything and Beneatha chooses it all. In the play, her beaux, Joseph Asagai, even describes her as “one for whom food, water is never enough.”

Sixteen-year-old me was just as insatiable as the needling little sister in Hansberry’s play.

Beneatha wanted to escape the provincial world of Chicago’s South Side and go to Africa. I wanted nothing more than to leave the suburbs of Atlanta, move to New York City, and become the editor-in-chief of Seventeen Magazine. She read books about the Mayans and the Moors. I read YA fiction about girls who always beat the odds. She studied French. I studied Latin. She believed in things and changed her mind about them. I didn’t know how to feel about most things. She questioned the existence of God. I questioned the necessity of church for salvation.

It seemed that Beneatha was the only member of the Younger family who understood that freedom required participation from both the mind and the body. She filled her mind with all kinds of things and even when it seemed a bit misguided, I never doubted that Beneatha would be just fine in the end. She was determined to build a life that defied expectations and I adored her for that. Some part of me must have known that by that time I majored in theater and journalism– and wasn’t married by age 25 (26, 27, 28, or 29)– that I too would need to design a life that allowed me to shed my skin and renew it again and again.

In her short career, Hansberry became the first black woman to have a play on Broadway in 1959 and she only wrote two plays– A Raisin in the Sun and The Sign in Sidney Brustein’s Window– and a collection of incomplete script called Les Blancs. I am so happy that she got around to writing Beneatha in 1954, so that in 2006 when I first discovered her I could see what was possible with optimism, self-assurance, and a willingness to be wrong.

Beneatha showed me that I can fall down and recover; I can experience loss and feel conflicted about it; I can want a man to value my intelligence; and I can switch haircuts and hobbies with ease. Through Beneatha, Hansberry showed me that I can always become more and that journey continues.

Is entrepreneurship the only way to make it as a journalist?

Praising the best, or highlighting the achievement gap?

My thoughts on the film “Dark Girls”